All the park gates were locked but very majestic.

The best thing about arriving a new city is an exploration run. I was so excited for my first run in Madrid, I headed out around 6am in rain and darkness. I prefer trails so I decided to head to some of Madrid larger gardens to be amongst nature, however I found quite quickly that I was too early, and they were all closed.

I decided to follow my nose and ended up seeing some of the city’s most impressive sites such as the Palacio Real de Madrid and the Catedral de la Almudena. There were no tourists around and I felt lucky to have these places to myself. 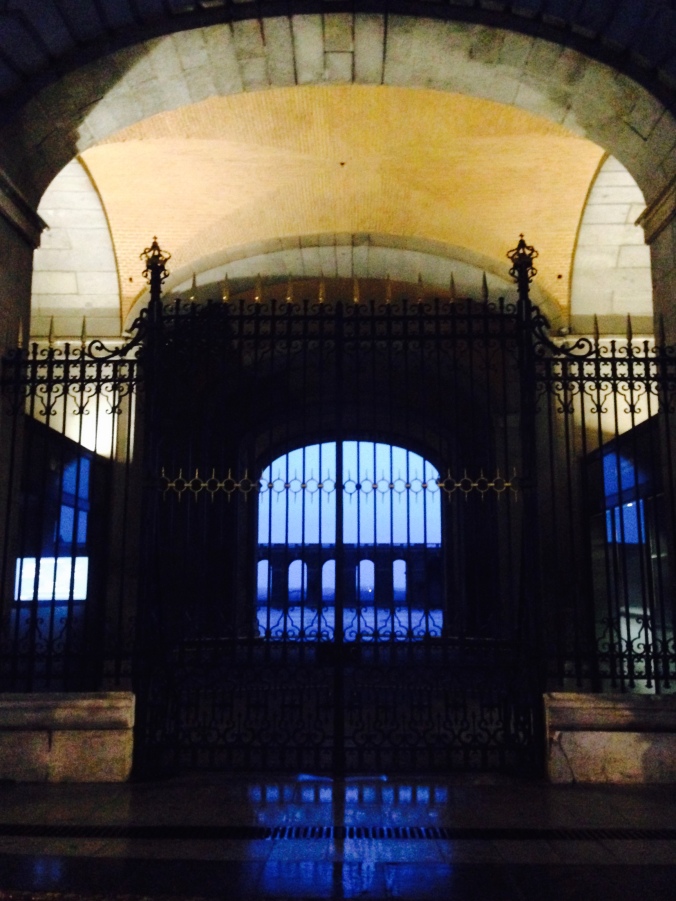 View through the grounds of the palace.

As the light started to build around dawn, I was able to see more of the buildings, gardens, plazas and shops. It was like the city was slowly being revealed to me piece by piece. So beautiful.

Bridge from below the Palace

Under the bridge that leads to the palace, I saw a large number of homeless people sleeping under the bridge. Such contrast between the opulence of the palace and the people who have no home to go to when the weather is so cold.

Had only planned a quick 5km, but ended up running a slow 6.8km because I kept seeing things I wanted to look at. Was so cold and wet by the end but it was so worth it.

Walked 18kms during the rest of the day checking out the sights with the family, so am glad I didn’t go for a longer run. 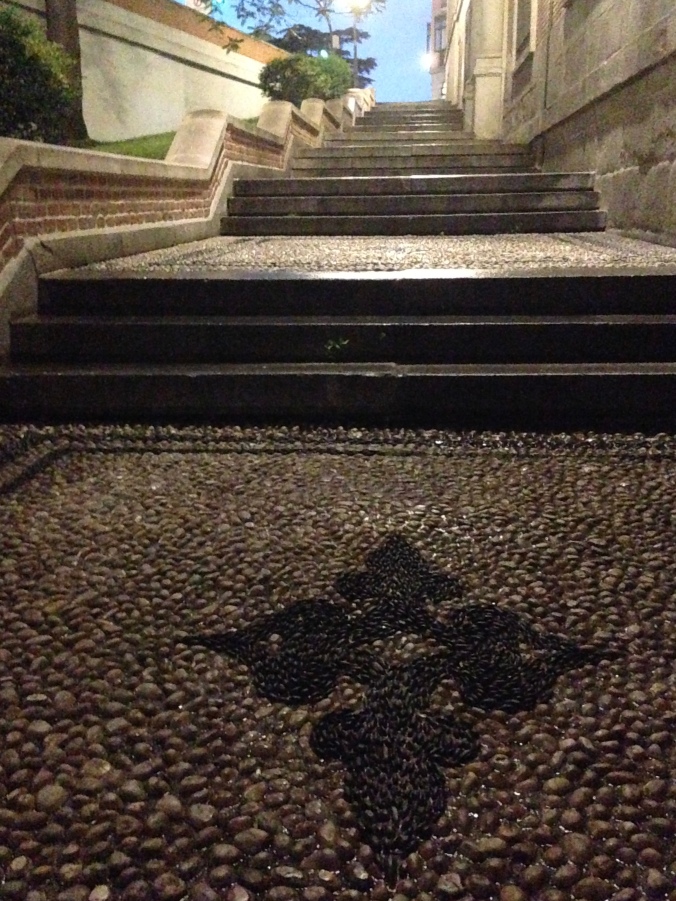 Beautiful stairs to run up.